It supports the creation of the legal and regulatory basis to eliminate market barriers around the use of more efficient energy technologies.

Likewise, the scope of PEER has been presented in various forums and events, some of the main events are:

1.2  Specific activities at the country level 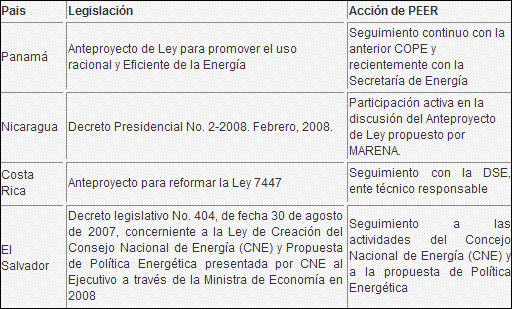 Table No. 2 Country-level development of the national quality system